“A sheet with a representation of the earth or part of it; mapping something, making an overview, sketching, describing; being off the map being lost.”1

On 8 March 1644, French colonizers arrive in Suriname from Cayenne with the intention of settling. They begin constructing a fort to protect them against attacks from anti-colonial Caribs. The sixty Frenchmen eventually give up, but through subsequent efforts by the British and later the Dutch, Fort Zeelandia solidifies. Thus the settler’s defence grows out of an accumulated effort from Western European colonizers, morphing with every attempt, like an exquisite corpse.

The magnitude of Carib resistance might be gauged, by the fact that the Dutch call for a truce in 1684, and selectively abolish slavery for Caribs, at the very moment the “Society of Suriname” is established—a private company dedicated to the “supply” of slaves from Western Africa. Wim Hoogbergen argues, that it was far easier for recently arrived Africans to run away from plantations in Suriname, compared to Jamaica and Saint Domingue, which was probably due to the density and closeness of the rainforest surrounding the plantation’s edge. The result is that Suriname has the largest Maroon population in the Caribbean.2

On a Wednesday like any other Wednesday in Amsterdam, Paramaribo-bound passengers start trickling in at Schiphol Airport. The date is 6 June 1989 and my grandmother’s youngest sister, Leaf, is one of the passengers about to board the plane to Suriname. The name Leaf sounds like the Dutch word lief, which means kind. Also on board Suriname Airlines flight 764, The Colourful Eleven, an entire team of young aspiring pro-football players.

At 23:25 Flight 764 departs Dutch soil. The path is familiar—an inheritance from the Zealandish Zeeridder’s first escapade to the “Wild Coast” of the Guiana’s in 1597. The last third of the Triangle—this plane traces from above the Atlantic Ocean, the very same course that blunted the slave ship’s keel, slicing through centuries of genocide and Zong.

According to the Transnational Decolonial Institute, decoloniality endorses interculturality, “the celebration by border dwellers of being together in and beyond the border.”3 The voyage back to the womb, to the newly independent, freshly “couped” Mama-Sranan, can feel either victorious or sombre, depending on your politics, your feelings around living in Europe, and the happenstance of whom you run into. Ambivalence is the true sentiment of the “diaspora”—as much as we hate to admit it, we love the feeling of being recognized, not as celebrities but as part of a “lineage,” as extended family. Jill Casid writes that “while, since the nineteenth century, diaspora has been used to refer specifically to the dispersion of a people, imagined as a tribe or family unit, diaspora also signifies the scattering of seed.”4 Stuart Hall has also interrogated the term noting its meaning is rooted in colonially constructed binaries, of the “original” and the “copy,” and of “inside” and “outside.”5 It’s telling that our national flower, the Fajalobi, is only a recent transplant from India.

As they look across the expansive, barging ocean, to the other half—the five hundred thousand who chose to stay after Independence (1975)—the Republic of Suriname on 7 June 1989, is in economic free fall.

For a second the time is one hour, twenty-three minutes, forty-five seconds

In three hours and three minutes flight 764 will arrow too low, through the dense fog above the giant Kapok trees, and collapse into the Suriname rainforest, only a few kilometres away from its destination at Johan Adolf Pengel International Airport. Eleven passengers survive the crash at 4:27 am. The report reads: controlled flight into terrain.

My parents did not know one another very long when I was conceived. It must have been around the time of my great aunt Leaf’s funeral. At five months pregnant, my mother finally decides to introduce my father to her father.6 They meet on 9 November 1989. My grandfather, Theo, offers them a warm, if slightly awkward welcome as he naively tells my pregnant mother she’s lost weight. When my parents finally muster the courage to tell him they are “expecting,” a cold silence floods the air-conditioned room. After gazing to the television for a while, he finally disrupts the silence by noting:

“today the Berlin wall has fallen.”

Jill Casid argues that the contemporary practice of “clearing” is rooted in the Roman Imperial law of res nullius, which states that “empty things,” including unoccupied lands, “remained the common property of all until they were put to some, generally agricultural use. The first person to use this land became its owner.” From this logic follows “cutting down native trees, “clearing” undergrowth, and then burning all roots are the necessary first stages in the construction of plantations and other settlements.”7

Maroon and slave revolts in Suriname, Jamaica, and Haiti, schemed specifically the destruction of transplanted trees rather than indigenous ones, instilling a kind of “reversal of settlement process” and literally using colonial strategies of “clearing” as a weapon against the colony itself.8 When the Kwinti Maroons in Suriname, attack the plantation La Bonne Amitie in 1783, they burn down all the plantation structures except slave homes.

A statue of Queen Wilhelmina, crafted by Gerard van Lom, is unveiled on Orange Square, in Paramaribo in 1923. In 1947 Simon Sanchez is arrested for planning a coup against the colonial Dutch government. His goal, he claimed in court, was to humiliate the colonizers, by destroying the statue of Queen Wilhelmina, and to replace it with a statue of the anti-colonial hero Anton de Kom, who died in a German concentration camp in 1945. The statue will stand for fifty-two years, until the night before Surinamese Independence—my grandfather, Stuart Robles de Medina, and a team of assistants, descend the colonial statue from the renamed Independence Square, onto the site of Fort Zeelandia. 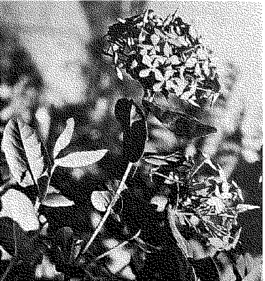